Following changes to the rules for sportscar racing, entrants no longer had to use cars which were road legal, or based on road legal cars, such as the Aston Martin DB3S. Therefore, with the ability to create a sportscar from a clean slate for 1956, Aston Martin created the DBR1, with Ted Cutting as chief designer. The body evolved from the DB3S's shape, featuring a much lower profile. Most notable was that the back of the front wheel well was no longer left open. Instead, the DBR1 featured full bodywork with a large triangular vent on the side, a design trait which would become standard on all future Aston Martins. 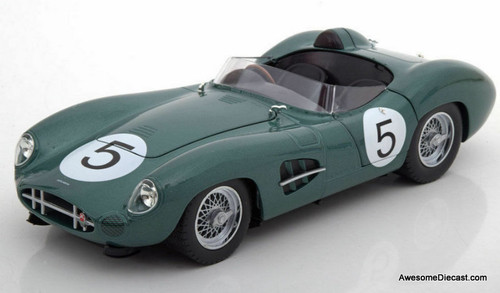