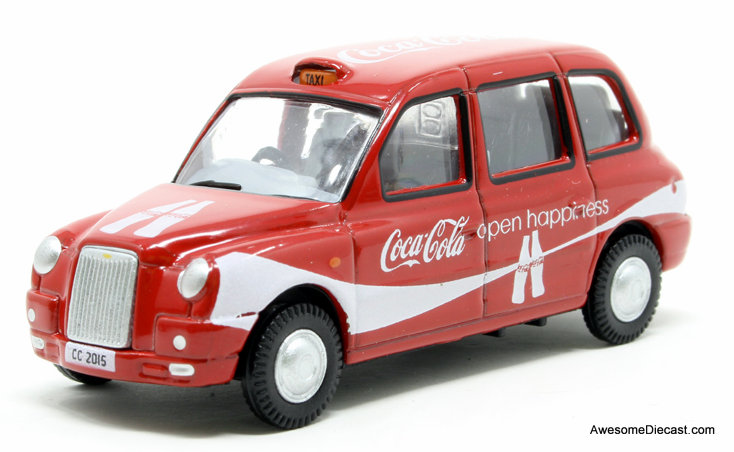 The TX4 is a purpose-built taxicab (hackney carriage) manufactured by The London Taxi Company, a subsidiary of Geely Automobile of China. From 2007 until their liquidation in 2013 it was manufactured by LTI. It is the latest in a long line of purpose-built taxis produced by The London Taxi Company and various predecessor entities. The design has evolved via several mutations from the Austin FX3 of the 1950s. TX4's immediate predecessor is the TXII.

The TX4 features a new front radiator grille, an updated interior design, updated front and rear bumpers, and a different rear vehicle registration number plate surround compared to the TXII. There are now internal headrests as a result of EU safety regulations. On the earlier models there were two headrests fitted to the central partition for the rear-facing tip-up seats, but on the later models these were removed as drivers complained and found them awkward for vision reasons.

As was the case with its predecessors the TX4 is built on a fully boxed hydroformed ladder frame with a separate body.

Anecdotally the reason for there being no TX3 and the marque number going straight to 4 is because the engine was Euro 4 compliant, and also for the vehicle to have a connection with the famous Austin FX4. The diesel engine was then later updated to be Euro 5 compliant. Currently the latest version of the TX4 is now euro 6 compliant and fitted with 2.8 litre VM Motori engine. This will be the last version of the TX shape until the new shaped ZEC (zero emission capable) electric TX5 will take over estimated to be available at the tail end of 2017.

The Boeing 737 is a narrow-body aircraft produced by Boeing at its Renton Factory in Washington. Developed to supplement the Boeing 727 on short and thin routes, the twinjet retains the 707 fuselage...

The Ford Bronco is a model line of sport utility vehicles manufactured and marketed by Ford. The first SUV model developed by the company, five generations of the Bronco were sold from the 1966 to...

The Bentley 4½ Litre was a British car based on a rolling chassis built by Bentley Motors. Walter Owen Bentley replaced the Bentley 3 Litre with a more powerful car by increasing its engine...