The Peugeot 2008 (pronounced as Two Thousand and Eight or in French: Deux Mille Huit) is a subcompact crossover SUV (B-segment) produced by the French manufacturer Peugeot since 2013. The 2008 replaced the Peugeot 207 SW, as Peugeot did not plan to release an SW version of its 208. Related Groupe PSA models include the Peugeot 208, DS 3 Crossback, Opel Corsa and the Opel Mokka.

It was developed under code name "A94" and is based on the PF1 platform, sharing electronic components with Peugeot 208. The revised version was presented at the Geneva Motor Show in March 2016.

The 2008, the mass production of which also started, is the first product of the joint venture between the two companies of Peugeot and IKCO named IKAP. The 2008 features a 1.6 inline four Turbo engine, producing 163 hp (122 kW) and 243 N⋅m (179 lb⋅ft) of torque at 4,000 rpm. The 2008's six speed automatic gearbox transfers the engine power to the front wheels. It is available with a five speed manual gearbox, or a six speed manual, according to engine size. As of 2017, it became available with a six speed automatic (1.2 turbo petrol).

The Peugeot 2008 is available with Peugeot's grip control system. This is available on 1.6-litre petrol and 1.6-litre diesel models. Grip control equipped models are supplied with all season M+S Tyres of Goodyear. 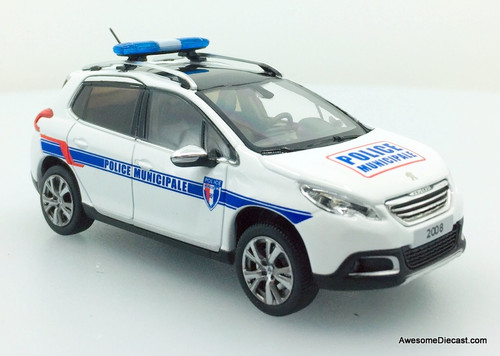