The GT S is a more highly equipped variant of the Mercedes-AMG GT. The M178 engine in this variant is tuned to an output of 384 kW (522 PS; 515 hp) and 671 N⋅m (495 lb⋅ft) of torque. The key mechanical differences the GT S gains over the GT include an electronically controlled limited-slip differential, "Race Mode" and "Race Start" mode settings in the AMG Dynamic Select adaptive drivetrain system, AMG Ride Control adaptive suspensive system, an AMG Performance Exhaust System with dynamic flaps, and a lithium-ion battery. Keyless-Go is standard equipment, as is a staggered set of wheels (19-inch at the front, 20-inch at the rear). 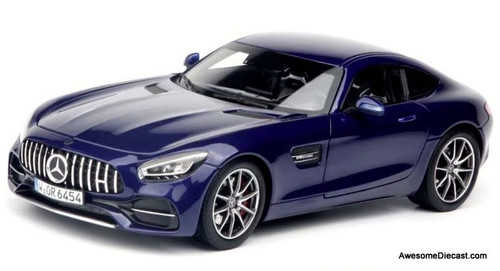