In 1953, the company of Electric Tramways of Lille and its suburbs (TELB) via its subsidiary the Générale Industrielle de Transports (CGIT), in charge of the operation of the bus lines launches studies for the purchase of a planned urban bus equipment for agent-only operation. Isobloc is chosen by CGIT to supply a vehicle called 655 DHU . However, the company was bought by SAVIEM which, after having produced seven vehicles identical to the Isobloc but under the name UI 20, decided to stop production. The CGIT which then finds itself without a supplier decides to turn to the Belgian Brosselwhich by taking the specifications of the company and the characteristics of the 655 DHU offers a vehicle, the Brossel A92 DAR-L.

Valenciennes is a commune in the Nord department in northern France. It lies on the Scheldt river. Although the city and region experienced a steady population decline between 1975 and 1990, it has since rebounded. 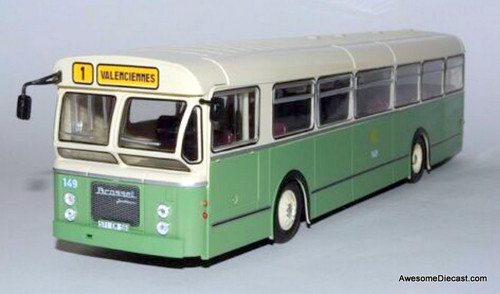