Trolleybuses in Valparaíso, Chile, have provided a portion of the public transit service since 1952. The trolleybus system is the second-oldest in South America. The originally state-owned system has been privately owned since 1982, and since 1994 it has been Chile's only operational trolleybus system. Almost two-thirds of its vehicles were built in 1946–52 by the Pullman-Standard Company, and they are the oldest trolleybuses in regular service anywhere in the world. Those vehicles were collectively declared a national monument by the Chilean government in 2003. They helped the city gain its designation by UNESCO as a World Heritage Site, and have been called "a heritage sight in their own right" by at least one travel writer.

The Valparaíso trolleybus system has become one of the icons of the city, considered an important part of its cultural heritage. Many porteños – as residents of this port city commonly call themselves – are fond of their city's distinctive and historic trolleybus service and have spoken up in its defense when the system has come under threat of closure. The private operating company receives no government subsidy, and at times it has struggled financially, putting the system in danger of being closed. One such occasion, the company's announcement in May 2007 of imminent closure plans, brought an outcry from local citizens, and even Chile's president, Michelle Bachelet, expressed support for keeping the trolleybuses going. 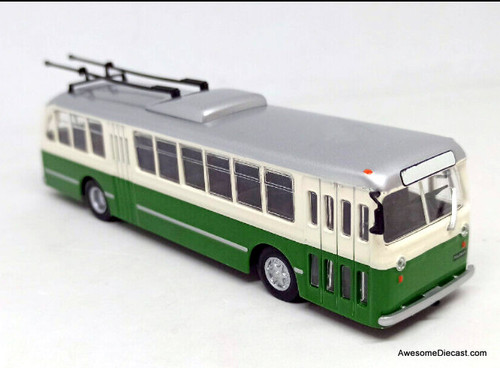