This rare Corgi set was manufactured in 1989

It comes with a certificate showing its No 771/13,000 pieces produced

It comprises of 3 vehicles

The Battle of Britain (German: die Luftschlacht um England, "the Air Battle for England") was a military campaign of the Second World War, in which the Royal Air Force (RAF) and the Fleet Air Arm (FAA) of the Royal Navy defended the United Kingdom (UK) against large-scale attacks by Nazi Germany's air force, the Luftwaffe. It has been described as the first major military campaign fought entirely by air forces. The British officially recognise the battle's duration as being from 10 July until 31 October 1940, which overlaps the period of large-scale night attacks known as the Blitz, that lasted from 7 September 1940 to 11 May 1941. German historians do not accept this subdivision and regard the battle as a single campaign lasting from July 1940 to June 1941, including the Blitz.

The primary objective of the German forces was to compel Britain to agree to a negotiated peace settlement. In July 1940, the air and sea blockade began, with the Luftwaffe mainly targeting coastal-shipping convoys, as well as ports and shipping centres such as Portsmouth. On 1 August, the Luftwaffe was directed to achieve air superiority over the RAF, with the aim of incapacitating RAF Fighter Command; 12 days later, it shifted the attacks to RAF airfields and infrastructure. As the battle progressed, the Luftwaffe also targeted factories involved in aircraft production and strategic infrastructure. Eventually, it employed terror bombing on areas of political significance and on civilians. 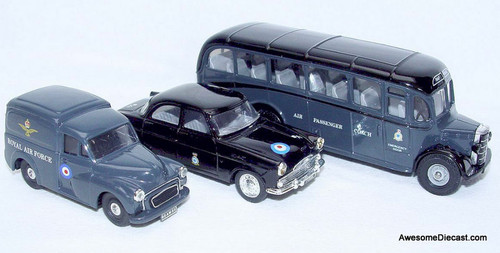