This is No.328 of 1000 pieces distributed worldwide

The Vauxhall Vivaro 1, based on the second generation Renault Trafic, was produced between 2001 and 2014

A closed-circuit television camera can produce images or recordings for surveillance or other private purposes. Cameras can be either video cameras, or digital stills cameras. Walter Bruch was the inventor of the CCTV camera. The main purpose of a CCTV camera is to capture light and convert it into a video signal. Underpinning a CCTV camera is a CCD sensor (charge-coupled device). The CCD converts light into an electrical signal and then signal processing converts this electrical signal into a video signal that can be recorded or displayed on the screen.

Hampshire Constabulary is the territorial police force responsible for policing the counties of Hampshire and the Isle of Wight in South East England.

The force area includes Southampton, the largest city in South East England, and the naval city of Portsmouth. It also covers the New Forest National Park, sections of the South Downs National Park, large towns such as Basingstoke, Eastleigh, Andover, Fareham and Aldershot, and the historic city of Winchester. The constabulary, as it is currently constituted, dates from 1967, but modern policing in Hampshire can be traced back to 1832. 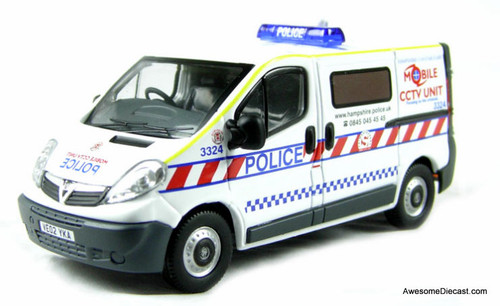