Seagrave was founded in Detroit, Michigan, in 1881 by Fredric Seagrave and moved to Columbus, Ohio, in 1891. Seagrave was acquired by the FWD Corporation in 1963 and moved their corporate headquarters to Clintonville, Wisconsin.

Around 1900, Seagrave opened a Canadian plant and subsequently sold a full range of apparatus until 1936. Entering into an alliance with well-known Canadian fire engine builder R. S. Bickle Co "Canadianized" versions of standard Seagrave rigs were assembled at Bickle's Woodstock, Ontario, plant, and sold under the Bickle-Seagrave banner. After several ownership changes, and closure in 1956, Bickle's successor King-Seagrave Ltd. continued to assemble Seagrave fire apparatus until 1973, when FWD Corp opted not to renew its agreement. King continued to produce fire apparatus on commercial chassises until its closure in 1985. 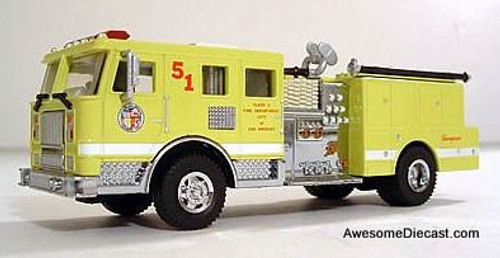